Episode twelve of the Getting to Recovery podcast is now available!

Email ThisBlogThis!Share to TwitterShare to FacebookShare to Pinterest
Labels: Getting to Recovery, Podcast, Statement 12

I've been a busy girl lately, and have finally launched a pet project called Tye-Dye Butterfly, which will offer relaxation and meditation audio and video products featuring nature sounds, speech and music. There are currently three audios of nature sounds available, each an hour long and a mere 99 cents. You can follow new releases at tye-dye-butterfly.blogspot.com or preview the currently available ones below. 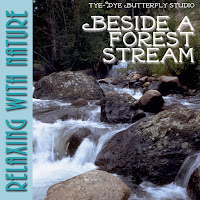 Allow yourself to drift away to the sounds of forest birds and a gentle stream in this first offering in the Relaxing With Nature series. There is no music or speaking, just sixty soothing minutes of quality nature sounds certain to help you de-stress and relax. 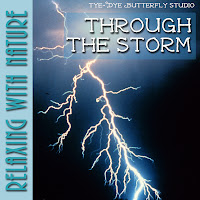 If you like the sound of thunder, you will love this album. Starting as the wind begins to pick up, follow the storm as it grows and passes overhead before fading into the distance. Perfect for falling asleep to. 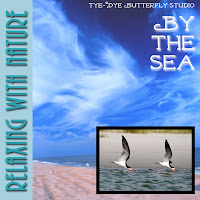 Escape from the daily routine with a full hour of gently breaking waves and the sounds of shore birds. An ideal background to meditation, or a calming way to drift off to sleep.

Getting to Recovery: Embracing the Competence Within

Email ThisBlogThis!Share to TwitterShare to FacebookShare to Pinterest
Labels: Getting to Recovery, Podcast, Statement 12

Getting to Recovery podcast episode 11 available

Finally, episode 11 of the Getting to Recovery podcast is up and available.

Email ThisBlogThis!Share to TwitterShare to FacebookShare to Pinterest
Labels: Getting to Recovery, Podcast, Statement 11 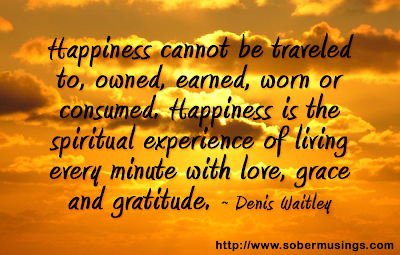 Email ThisBlogThis!Share to TwitterShare to FacebookShare to Pinterest
Labels: Inspirations

I sat down with Rodney King's new book, The Riot Within (written with Lawrence J. Spagnola and published by Harper One), half-expecting a drawn out explanation of the infamous beating that shook the US in 1991. I remember the media frenzy and the riots, the outrage and the confusion. The event shaped the views of many young people on race and the power of authority, including mine.

King's beating by four white police officers, the trial and riots, and the Federal cases that followed is covered in detail. The tone of the writing seems almost neutral, though a hint of the rage and frustration that King must have felt during that time shows through. He treats those events with a fairness that surprised me, and made the reading even more interesting.

I was pleasantly surprised to find that, although the beating and aftermath are discussed in detail, it is not the central theme; at least, it wasn't for me. Beginning with brief, well-written vignettes of his childhood and ending with the man he is now, The Riot Within is the more than the autobiography of Rodney King; it is also a biography of countless, faceless others who struggle with adversity and prejudice.

While there is a great deal to recommend about this book, I want to focus on King's struggle with addiction. As a white woman from an upper class background, I questioned whether I would find a common ground with Mr. King's story. I got my answer in Chapter Two.

"This was when I began a routine that seemed innocent enough at the time - but it quickly became my dance with the devil. It started with me picking up a couple forties of malt liquor on the way home. ... Being a drunk sneaks up on you, and pretty soon you don't even need that meal as much as another forty. "

Replace malt liquor with Miller Lite and it is a quote I could have written myself. What had begun as an interesting read of the life of someone almost diametrically opposite of me suddenly felt personal. King writes of his addiction very honestly and, by doing so, allows others with substance abuse issues to really connect with his story. While few - if any - of us have gone through the extreme experience that he did, we can all relate to his struggles in the years before and following.

In Chapter Eight, King takes us through his time on the Celebrity Rehab show. When he discusses talking about the beating that happened so many years ago, his feelings and reactions ring so true with what I have heard time and again from women discussing abuse they have suffered that I found it hard not to cry. This chapter alone would be worth the price of the book; I reread it several times for no other reason than it resonated so strongly with me that I wanted to really grasp each word.

There is another chapter after this, in which King wraps up his story and discusses the impact of that night in 1991 and how much further society needs to come in racial equality. For the general reader, this ending is quite satisfactory. As a person in recovery, while I understand and agree with his sentiments, this chapter was almost unnecessary. After Chapter Eight, I felt a kinship with this man, so diametrically opposite to myself, that I can't explain. I didn't need more.

The Riot Within is a well-written, honest, and compelling story of one man's struggle with personal demons and his journey from the depths of hell to the heights of peace.  The subtitle, My Journey from Rebellion to Redemption, is completely accurate. I would recommend it to anyone in recovery for many reasons, the strongest being that it shows how addiction brings us all to the same level no matter where we came from, and how important it is to recognize and deal with our own demons if we want our recovery to succeed.

Note: In the interest of "fair journalism" I would like to note that I was provided an advance copy of the book  for this review.

If you find this blog to be helpful or inspiring, please consider donating a dollar or two to the author. Thank you.

My books are available at Amazon.com and other online booksellers! Update: Both titles are now available for Kindle, NOOK, and in iBooks!